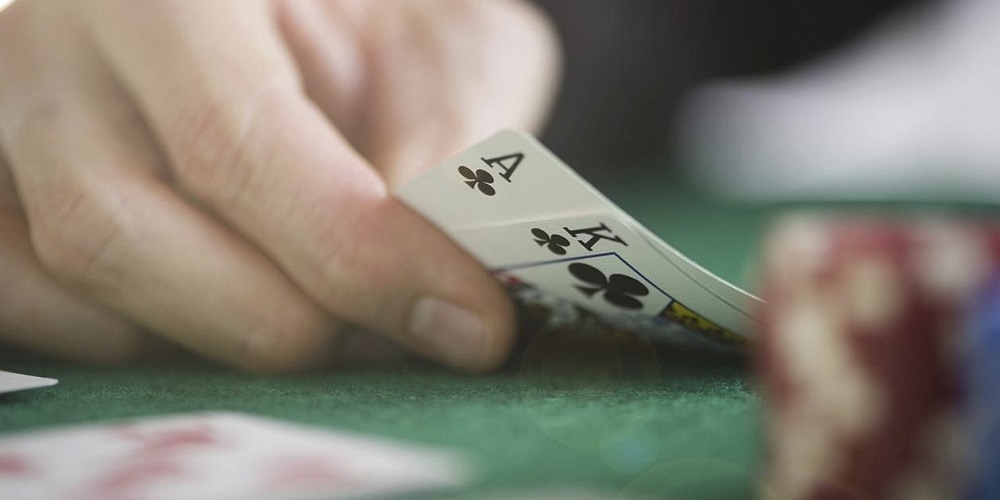 That poker is a tremendously strategic game is something everyone knows. However, there are several ways to try to bluff opponents during the game, and one of the favorite techniques of players who can boast of their high level is the slowplay.

After bluffs, slowplay is the tactic most used by players who want to provoke their opponents to misread the game in order to hinder their good decision making. It was a tremendously popular tactic in the early stages of online poker, making players believe that stretching the time between decisions during the turns was the result of the reduced chances of winning with that hand.

Slowplay: everything you need to know

Of all the strategic components of poker, slowplay is perhaps the easiest to understand. It is a move in which a hand is played passively in order to confuse the opponent, making him believe that we have nothing.

This causes the opponent to make an inadequate reading of what is happening with your game, tempting him to steal our hand thinking that he is going to beat us. In reality, it will be us who will beat him, but he will not realize that until the end.

When a player wants to opt for this tactic, there has to be a strong bet. Slow play is effective both with players who bluff and against those who play excessively tight, overprotecting their hands.

It is a way of uncovering them that induces error in both cases to the opponent.

But, for the slowplay to work well, you have to be patient. The way to execute it well is to continue with the bluff until the end, when we will make a sudden, very strong and sudden re-raise to catch the opponent off guard. Seeing the powerful re-sub, the player will be cornered, but will have no room for maneuver. If we let the player defend himself, the slowplay will lose its effect. That is why it is so important to wait until the very last moment to re-sub.

But there is a danger in using slowplay. A player in the middle of a learning phase may abuse this tactic. This will make the other players see that you are inexperienced and therefore more vulnerable. You can practice slowplay in private games, but keep in mind that you must leave a margin for defeat because it almost never works out well at the beginning.

What is the purpose of slowplay?

Precisely to confuse the opponent to make him think that we have nothing, when in fact we are hiding a winning hand. It is a way of trying to steal as much as possible from our opponent without him noticing his failure until the last moment.

But, as we said, you must be cautious when executing it. If you do not choose to apply it, you will show that you barely have a chance as a poker player. If you use it too often, you will be telling your opponents that you do not know how to use this resource. In both cases you could be taken advantage of, so use it only at specific moments.

The slowplay is like a kind of valley where we will not apply until a sudden one at the end.

But rhythm and timing are everything in slowplay. To play it properly, we should take into account the possibility that there are bluffers and tights that swell the pot, simulating with our attitude, going to “tow”, always watching that the ODDS are in our favor.

An important point of slowplay is that, although it is not the best strategy for a specific moment of the game, it can work when forcing the withdrawal of a player. But it may not be the best option for you either.

Keep in mind that slowplay can recover the value of the first rounds in no-limit games. This happens because of overbets, although they have the collateral damage of reducing the profitability of the play. In Pot Limit games it is very difficult to recover that lost value in the first hands, and in limit games the value is never recovered once lost.

Slowplay: when is the perfect time to do it?

When the conditions are perfect for a slowplay, the probability of success of this tactic is almost total. If we have a good hand, we can either choose to re-raise right away to make the pot bigger and bigger, or choose to slowplay if we have a dangerous opponent and we want to corner him.

Slowplay is a good defense tactic against players who are called “maniacs”. These are players who are characterized by a very aggressive, almost suicidal style of play, who play each hand as if it were a final showdown. This makes them very dangerous, but with slowplay they are easy to control.

Finally, a piece of advice: never slowplay when you have aces. It is a sign of inexperience to use this tactic with aces. A player with some experience knows that having aces is almost always synonymous with beating the hand, so it is a useless effort to choose this strategy with these cards.

You will come across as an inexperienced player, ambitious but easy to read, who opts for an overplayed style that tries to cover up your shortcomings. Abusing deception tactics will reveal you as a somewhat impulsive player incapable of making good decisions when trying to deceive an opponent.

This website uses cookies to improve your experience while you navigate through the website. Out of these, the cookies that are categorized as necessary are stored on your browser as they are essential for the working of basic functionalities of the website. We also use third-party cookies that help us analyze and understand how you use this website. These cookies will be stored in your browser only with your consent. You also have the option to opt-out of these cookies. But opting out of some of these cookies may affect your browsing experience.
SAVE & ACCEPT